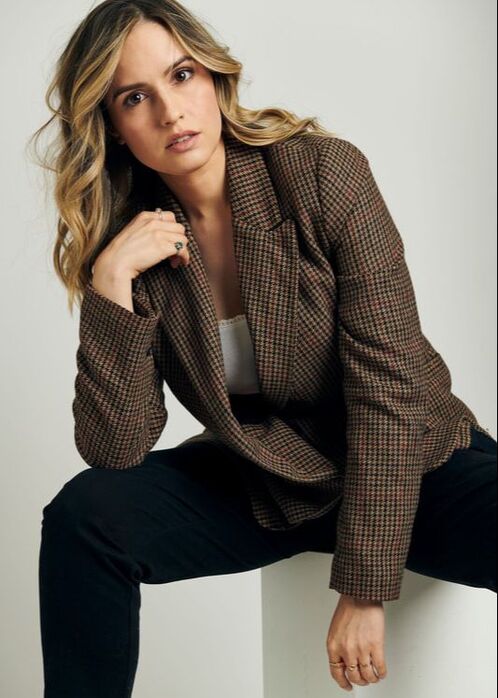 ​ASTA PAREDES is an award-winning actress and filmmaker who is best known for starring as ‘Chrissy Goldberg’ in Troma Entertainment’s subversive horror-comedy
​RETURN TO NUKE ‘EM HIGH VOLUMES 1 & 2.

​Asta is an acclaimed producer under  ABANDONED HOUSE PRODUCTIONS alongside her husband, collaborator and frequent co-star Clay von Carlowitz.
Under this banner, she completed her writer/directorial debut, short film, 'The Slightest Touch'.

You can also check out CHATTING WITH ASTA [for which she is the creator and host] featuring guests that include Jenn Wexler (THE RANGER), Frank Sabatella (THE SHED), Ted Geoghegan (WE ARE STILL HERE), Jill Gevargizian (THE STYLIST), Alex Essoe (STARRY EYES) and the team behind the pandemic horror hit HOST.

Paredes continues to star in as well as develop work seeking to entertain, educate, & elevate. She currently splits her time between Los Angeles and New York City.